A Queen of Hearts Costume From Alice In Wonderland: Sexy And Original

Why Choose a “Queen of Hearts Costume?

Halloween and masquerade parties give adults a chance to act out their fantasies and dress as outlandishly as they’d like without the chance of social stigma. Show up in fishnets and a corset at a regular party, and you’ll draw some odd looks…….wear that same corset and stocking get-up to a costume event, and you still stand out, but in a good way. 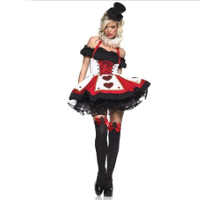 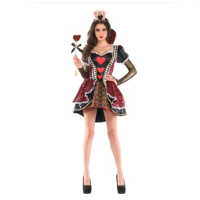 Choosing a sexy but literary costume says something about you, and will help you stand out in a crowd. In a room full of pirate wenches, Playboy bunnies and vamps, the Queen of Hearts oozes fun, fearless sophistication and cries out for attention.

Dressing as a dark or naughty character gives you the opportunity to have fun-the Queen of Hearts can shout
“Off with their heads!” if service is slow or she is unpleased. A princess like Cinderella can simply ask nicely for what she wants-a villain can make demands and proclaim her desires as part of the role.</span>

The Queen of Hearts is all about personality. She is larger than life, wears outlandish clothing, and doesn’t conform to societies’ rules. You’ll be most comfortable as the Queen if you are outgoing, not afraid to get a little loud in public,
and if you don’t mind attention.

If you are shy, don’t like standing out, or are unwilling to shout things like “I’ll ask the questions! Do you play croquet?” at random intervals, you may not enjoy a strong feminine costume like the Queen of Hearts. Consider dressing as the White Queen or Alice instead. 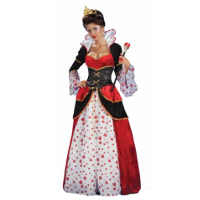 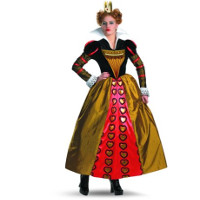 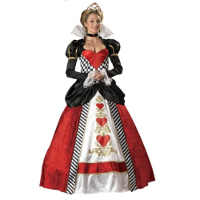 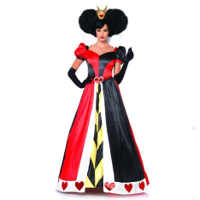 How can you prepare for your role as the Queen of Hearts? 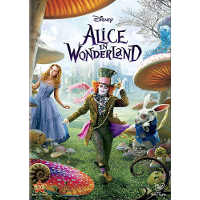 Alice in WonderlandBuy on Amazon

Watch Disney’s animated classic “Alice in Wonderland” and the 2009 release live action film to get inspiration for your role. Flip through a copy of the original book and read up on the Queen-selecting a few choice quotes to use while you are in costume will help you stay in character.

Here’s a tutorial for a stunning make-up. Turn yourself into the real Queen of Hearts!

Accessorize with red, black and white. If you have light hair, consider wearing a wig or using a temporary hair color spray to accent your costume. Try everything on in advance and do your hair and makeup once before the big event, so you can pull your look together quickly when its time to become the “Queen of Hearts”.

Don’t forget your scepter and if you can, wear weird shoes such as these: 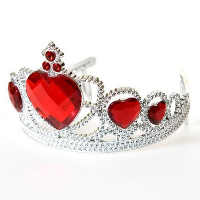 Queen Of Hearts TiaraBuy on Amazon 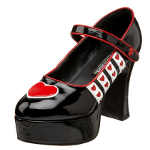 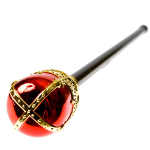 What other costumes go with a “Queen of Hearts” costume?

Alice, the Mad Hatter or the Queen of Hearts? If you Had to Pick a Costume, What Would It Be?